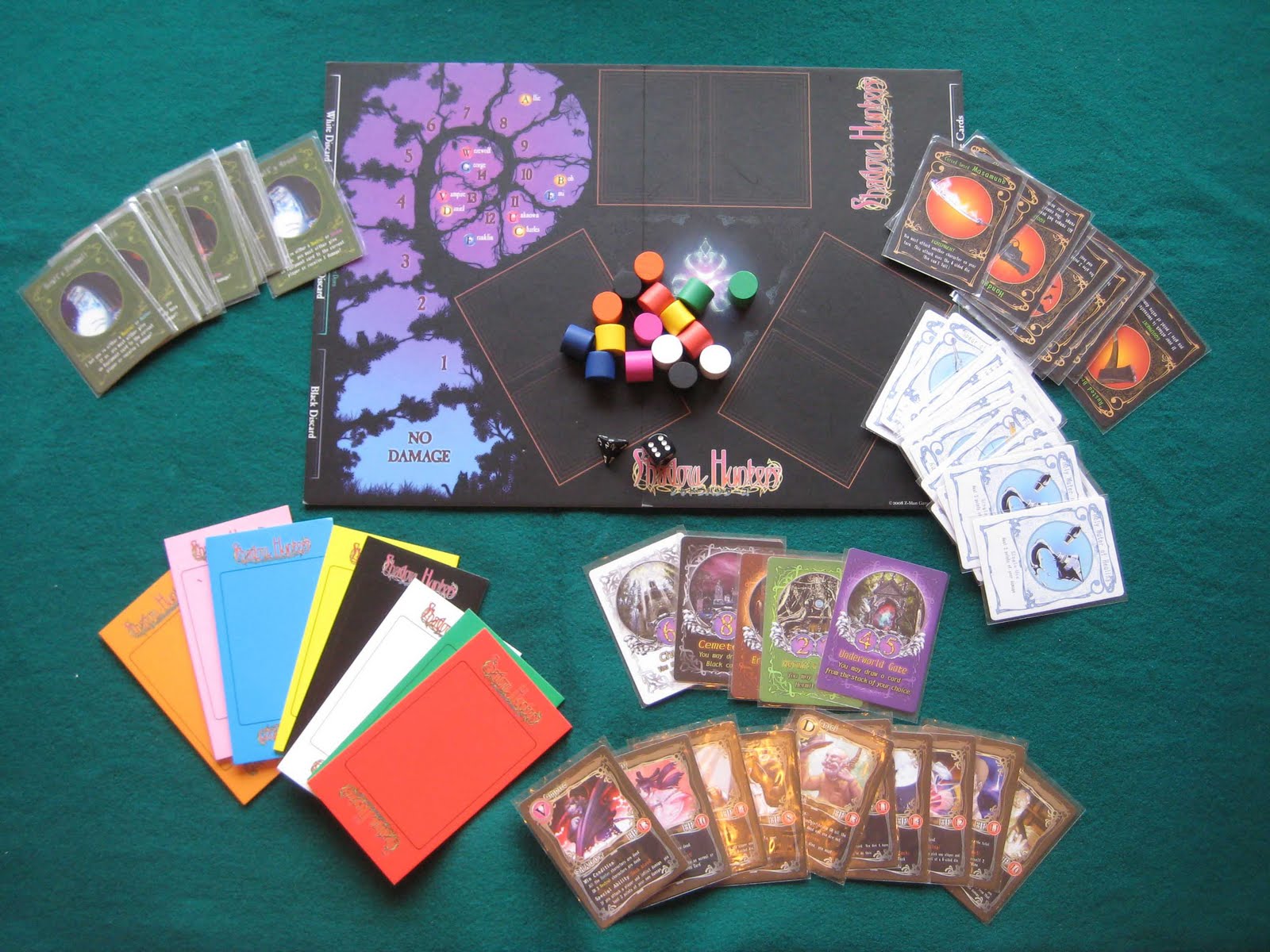 I’m a man who values brevity, so here’s the scoop on Shadow Hunters.

Also on every character card is a health point value (how much damage you can take before you’re out of the game) and a character-specific ability. Character cards are kept face-down at the start of the game and are known only to the players controlling them. The number of players in the game determines how many characters of each type are in the game.

Players take their turns clockwise. A turn consists of:

This sequence of events continues until one team completes a win condition. Along the way players can reveal their characters face-up in order to use their special ability. Typically these are a one-shot (once-per-game only) but not always.

SHADOW HUNTERS RATING: 9 OUT OF 10 (Exceptional)

I wasn’t expecting to like Shadow Hunters as much as I do. I’m not typically a fan of “anime style” artwork—which this is—and I wasn’t sure there would be enough complexity or depth to merit playing more than once. However, I was very pleasantly surprised by this game that I’d never heard of until it showed up in the same online category as “BANG!” which is another group favorite of ours. Shadow Hunters is a great example of how a theme in a game can be very minimal to non-existant (basically a group of cray cray random people/monsters running around an enchanted forest killing each other) but because the gameplay, alliances, and element of mystery are so solidly present, the game holds true and nobody questions “why are we doing this again?” We accept that we are a school teacher attacking a werewolf. Or whatever the matchup happens to be.

I think this is a very interesting, unique board/card game mix that will appeal to a lot of gamers out there if they can get past the initial weird/foreignness to the game.